What is in the Air? 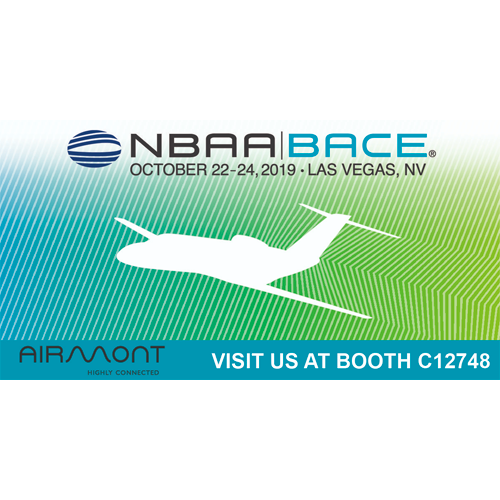 NBAA-BACE is the annual meeting place for the business aviation community. During the trade show,  Airmont demonstrates how to use existing inflight internet  or satellite TV avionics to deliver live streaming on board.

Airmont-Cast operates as an over-the-top service on existing aircraft’s internet connection, whether it is Ku, Ka or even L-band, and let users select their live streaming content from their own smartphone without the need to install any app.

This month Airmont announced a successful demonstration of its Airmont-Cast service in a new way, over a DTH satellite, in this case Eutelsat Hotbird.

The target customers are top-end VIP users flying on their aircrafts or travelling on their yacht which are equipped with existing DTH antenna. Today the solution is validated on a A340 and a Horizon FD87 Skyline Yacht.

With its innovations, Airmont strengthens its position as the specialist for passengers live video streaming on board. 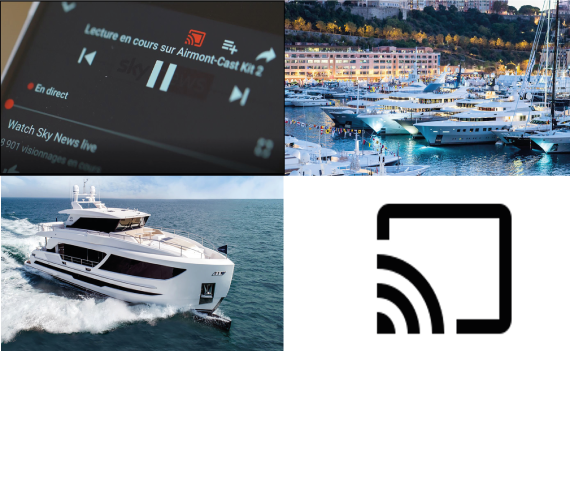 AIRMONT-CAST: THE ONLY SERVICE TO FLUIDLY DISPLAY LIVE STREAMING TO ONBOARD SCREENS

In our today’s everyday life, internet access has become a service that people naturally expect to be available any time, any where. We got also used to watch live TV and live streaming on various devices and we expect to get it on all wi-fi access.

Airmont gives solutions to satisfy this expectation both in the air or at sea: Airmont-Cast offers guests the possibility to watch their own video streaming service based on their personal subscription.

The user on board simply connects his smartphone to the local wi-fi. He then opens his own standard video streaming application and a "cast" icon appears automatically in the app. The user selects "airmont-cast" and his personal video streaming content is displayed on the yacht's TV screen. The system can be extended to allow each guests to cast personal streaming videos on their yacht’s cabin monitors.

Airmont-Cast technology is available with a monthly subscription. 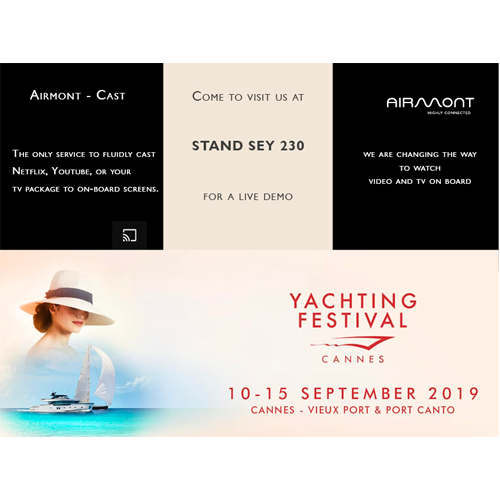 We are happy to participate this year at Cannes Yachting Festival, from 10th to 15th of September 2019.

We are presenting our flag-ship product, Airmont-Cast, the only service which allows passengers to display their personal live streaming content on-board.

A user simply connect to the wifi of the yacht and then by selecting the cast icon, he can watch his content on the TV screen like Netflix, Youtube or Twitch in a highly compressed manner.

Come to visit us at stand SEY 230 and see why Airmont is changing the way to watch TV on-board. 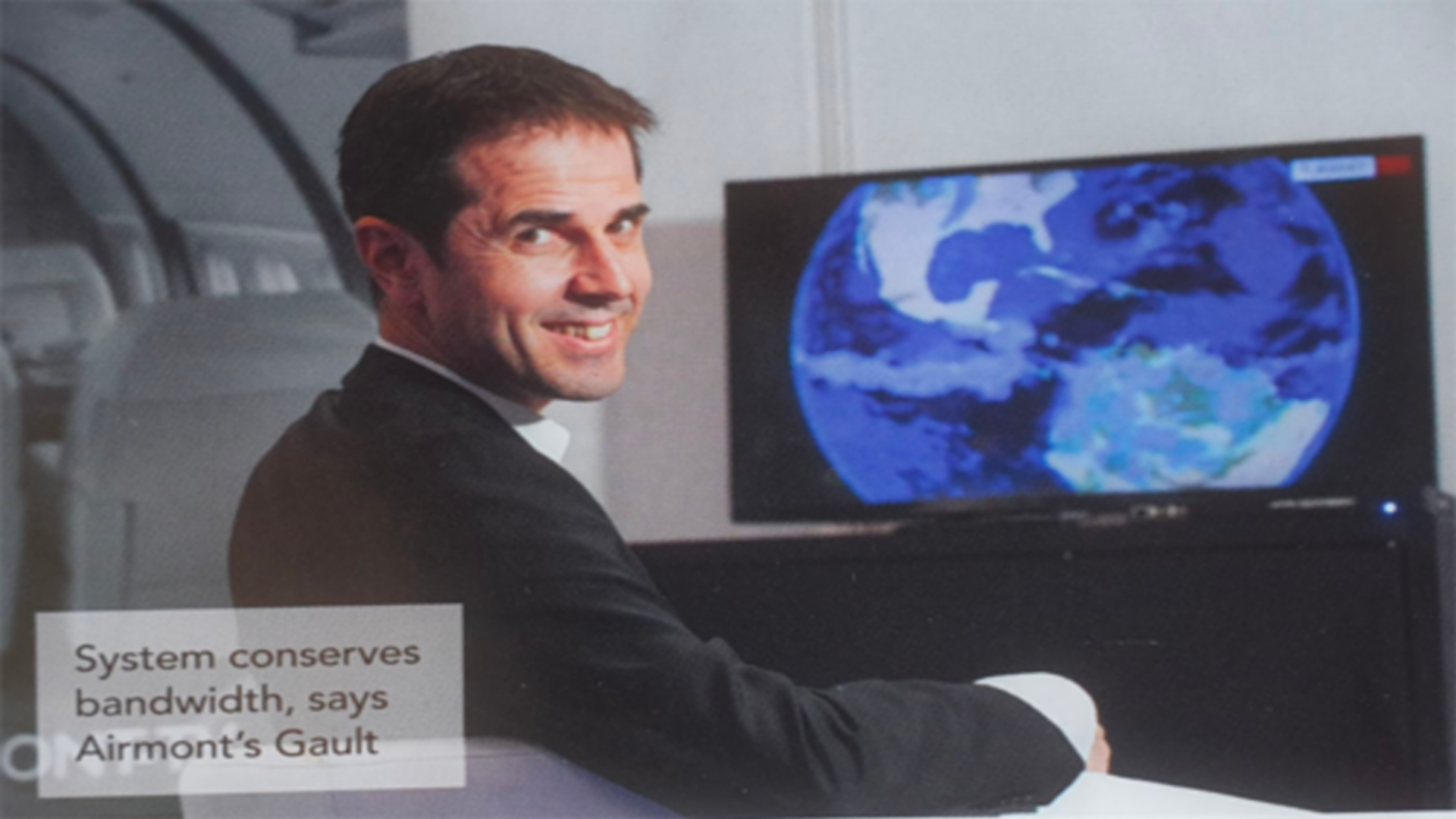 The patented Airmont-Cast feature, which is already flying on business aircrafts, provides a highly compressed, seamless feed of personal streaming content to business aircraft passengers without eating up large alounts of bandwidth.

We are “the only one” offering a service that compresses streamed content in this way.

It enables passengers to dislay their own live streaming content on onboard TV sets or their own devices in a way that uses “five to 50 times less bandwith” than consuming such content without the solution.

Airmont-Cast technology is available either as a service with a monthly subscription or as a one-off acquisition. 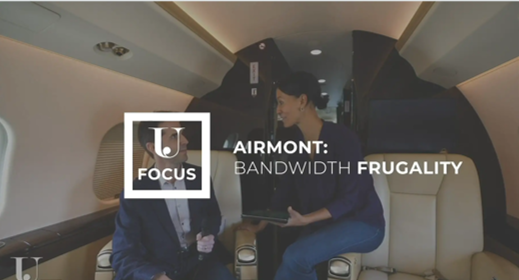 We are very proud to be part of the third edition of UJTV with an interview of Jean François GAULT presenting Airmont-CAST. 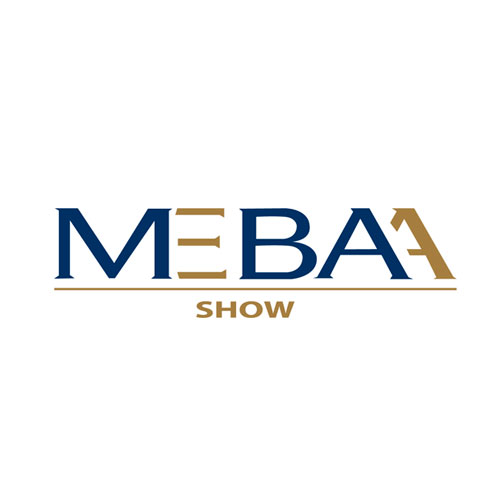 We are pleased to announce that AIRMONT will be present at MEBAA Show 2018 Dubai, from 10th to 12st of December 2018.

Combining the power of mobile & satellite telecommunication technologies to render the worldwide connectivity experience seamless and secure, AIRMONT aims to become the reference partner of business aviation users looking for the excellence.

The AIRMONT team will welcome you and present its new products AIRMONT-CAST and AIRMONT-TV. Come to visit us in the both 325 and see why Airmont is changing the way to watch TV and streaming contents onboard. 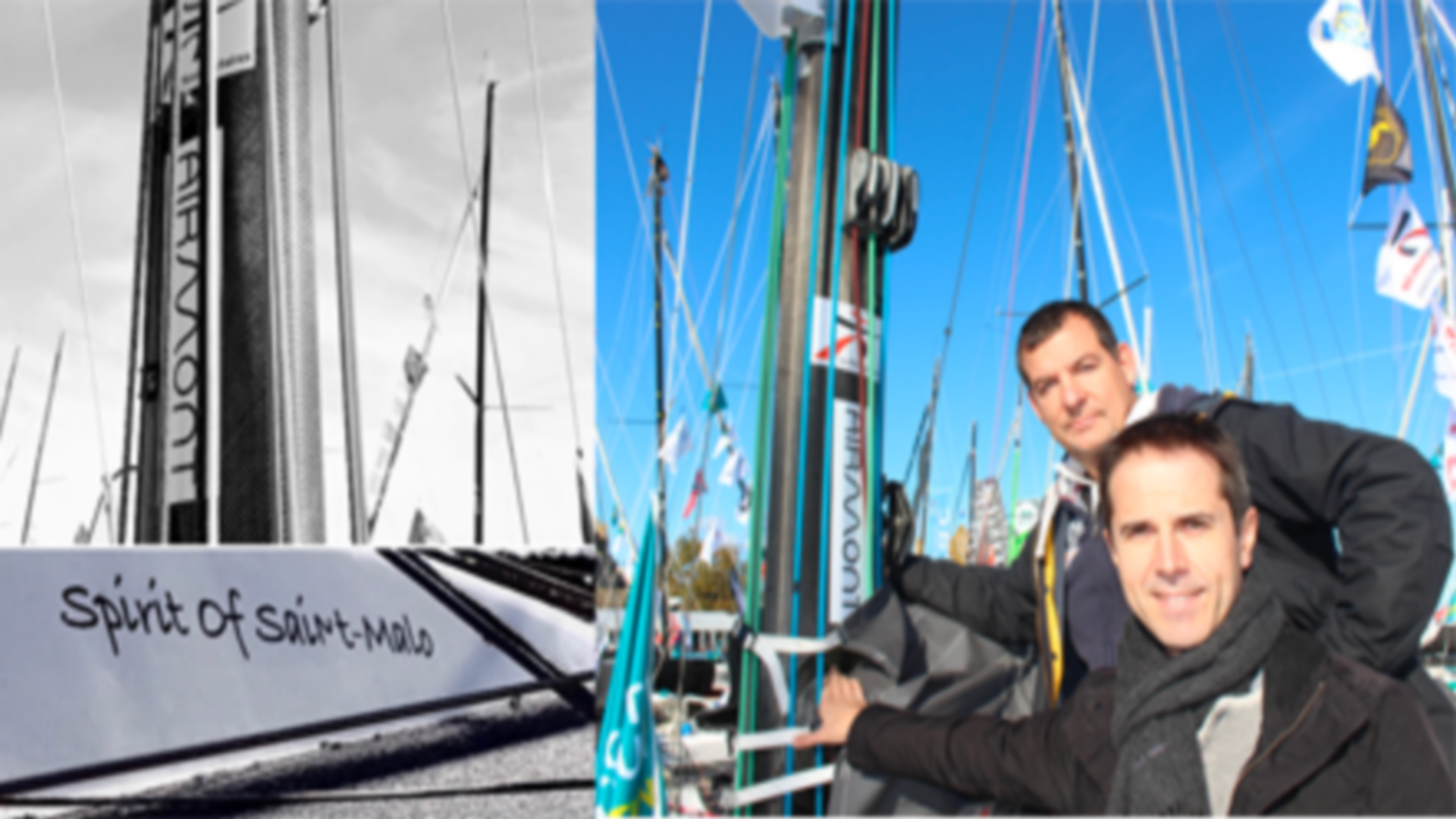 AIRMONT and ORANGE LAB in the Route du Rhum 2018

Airmont was very proud to participate, with Sébastien DESQUESSES, in the "Route du Rhum" 2018. Onboard the Spirit of Saint-Malo, Airmont in association with Orange Labs, innovates by satellite broadcasting multiple information of sensors on board at a minimal cost. Airmont provided an Iridium Openport satellite communication at 128 kbps.

Airmont's the one to watch

First-time exhibitor Airmont is promoting a new solution that enables people travelling on private and governmental aircraft to watch their favourite TV shows from back home, no matter where they are in the world or how low the quality of their bandwidth is. Airmont-TV's bandwidth adjustment technologies enable it to deliver high-quality video streams to viewers onboard aircraft equipped with satellite-based in-flight connectivity systems offering broadband capacities ranging from as little as 380kB/s to as much as 4Mbps. "If an aircraft is equipped with a system like [Inmarsat's] SwiftBroadband, you can use [Air-mont-TV] in constrained-network mode, and the quality at this level is good enough to dis-play," says Airmont executive chairman and founder Jean-Francois Gault. "If there is more bandwidth available, either through HTS [high-throughout satellites] or 4G on the ground, you get close to HD quality." The system features a carry-on set-top box which connects to the local network of the air-craft via an Ethernet port, and provides a video stream via an HDMI connection. "It can be carried by the user and connected to any TV—on the aircraft, in your hotel, on your yacht and in your car, so your own TV programmes fol-low you everywhere you go," says Gault. Airmont-TV entered service in April on an undisclosed head-of-state aircraft. "The ability to watch your national TV on a governmental aircraft is a must," says Gault. "In a world where we see the information flow coming so fast, this is essential for governmental decision-makers.Gault expects to sign up 50 customers by the end of this year. Also by the end of the year, he expects to adapt the solution to enable people to connect it to their smartphones.